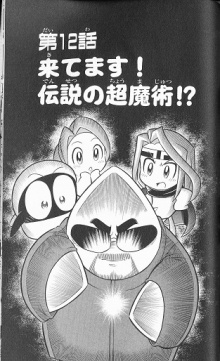 The chapter begins with Coral, Mattel and Moe in a room possibly belonging to Pufftop Palace, talking about the 'miracles they are going to see tonight' in the show with "Mr. Mafic" (Japanese: Mr. マフィック) who is most likely Starfy.

When they walk in to see Mr. Mafic, he asks them for coins, so they hand them over to Mr. Mafic who promises them that he will show a magic trick with them. He begins to show them a "Hand Power" (Japanese: ハンドパワー) trick. He shakes the coin and then tries to make it disappear with an eraser.

Next, Mr. Mafic shows them a playing card trick. He asks Mattel to pick a card and write her name on it, so she writes "Mattel" then puts it back in the pile as Mr. Mafic requests. Mr. Mafic then reveals the card of her choice. Mr. Mafic then runs about saying that he will cherish the card, annoying Mattel and Moe.

Moe shouts at Mr. Mafic and he shows another trick, throwing cards about and making his "ear" seem big. Mr. Mafic shows another trick where he plans to go into one box on the right with a door and end up in the leftmost box after he counts to three. Mattel, Coral and Moe really if it's really possible and then Starly appears out of the box instead, horrifying Coral, Mattel and Moe.

Mr. Mafic decides to pull off one last trick for Mattel. He puts himself inside a box and puts on handcuffs and legcuffs. Dynamite is about to go off and explode and Mattel remarks that the trick is too dangerous. There is a large explosion but the box remains, although it is slightly damaged. Mr. Mafic appears with his shirt and glasses damaged and pulls out the card that Mattel chose once more but Mattel, Coral, Starly and Moe are not impressed. 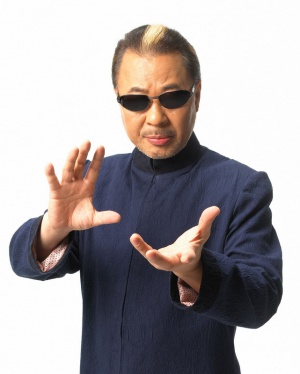