This game was first teased as a tentative Super Smash Bros. title with no name during a March 2018 Nintendo Direct, with not much information revealed other than an Inkling from the Splatoon franchise being implied to appear. Later, the game was revealed in Nintendo's E3 presentation on June 12 2018 in which it was given the name "Super Smash Bros. Ultimate".

The gameplay of the title is like past entries in the series, in which characters from (primarily) Nintendo franchises fight each other with the aim of knocking them off the screen and accumulating damage, measured in "%".[1]

This game features all 63 returning playable fighters from the past games in the series, as well as various new fighters from a variety of video game franchises.

Relevance to The Legendary Starfy series 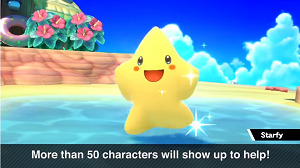 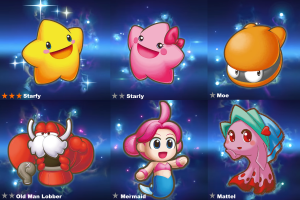 After the release of this update, Starly, Moe, Old Man Lobber, Mermaid and Mattel can be rematched with the following conditions: