This Manual of Style outlines a standard of clean, consistent formatting for articles on this wiki. The formatting described here is a guideline and can be overridden where circumstances warrant it. These guidelines will never be unerringly perfect for every situation. However, please try your best to keep to the advice outlined in this article so others may use your edits as an example when creating and editing their own articles.

These guidelines are a summary of the most important guidelines for this wiki, but a more expansive set of style guidelines can be found on Wikipedia at wikipedia:Manual of Style.

One of the most important parts of wiki editing is how to structure an article. The structure is a powerful thing: it dictates what information the reader reads and when he or she reads it. It can influence what people contribute, where it goes, and how it might be written. Structure has the power to inform or confuse the same way good or bad writing does. Keep a well structured article, and you're more likely to have a high quality one.

Organize sections in an article in a hierarchical structure like you would an outline. Keep it logical, but feel free to forsake strict logic for readability. Wherever possible, try to have an introduction for each section. Just like the article as a whole, the section should start with an introduction and then have its subsections below it. Try using a shallow structure rather than a deep one. Too many nested sections usually leads to a confusing or unreadable article.

Above all, keep your layout consistent. Don't throw your reader a curve ball too often. The following sections will offer some good advice on keeping your articles clean, consistent, and clear.

The lead should be capable of standing alone as a concise overview of the article, establishing context, and explaining why the subject is interesting or notable. It should be between one or two paragraphs long, and should be written in a clear and accessible style so that the reader is encouraged to read the rest of the article.

The first time the article mentions the title, put it in bold using three apostrophes — '''article title''' produces article title. Avoid other uses of bold in the first sentence, except for alternative titles of an article; for example:

Moe (Kyorosuke in Japan) is a clam, and [[Starfy]]'s best friend.

Follow the normal rules for italics in choosing whether to put part or all of the title in italics. This will mainly apply to the titles of the games:

Densetsu no Starfy (Legend of Starfy) is a Japan-only [[Game Boy Advance]] game released on September 6, 2002.

A table of contents will automatically appear in articles with a minimum of four headings (unless forced by the below options). By default this will be left-aligned above the first section heading.

The table of contents can be right-aligned - but only if it is very long (over 15 entries) and an information box is not occupying the top-right corner of the article (rare exceptions exist).

Use the == (two equal signs) style markup for main headings, equivalent to <h2>. Do not use a single =. This is because a single = creates an <h1> heading which is already used by the page header and would be bad coding. Also, do not use wikilinks in subject headings. When edited, these sections become confusing in the edit history because of the link code. Consider instead putting the word in the first or second sentence of the section and linking it there.

Capitalize the first letter only of the first word and of any proper nouns in a heading and leave all of the other letters in lowercase. Use "Founding and history", not "Founding and History". Note that this is different from most section title rules you'll encounter elsewhere.

Avoid special characters in headings, such as an ampersand (&), a plus sign (+), curly braces ({}), or square braces ([]). In place of the ampersand, use the word "and" unless the ampersand is part of a formal name.

Always keep headings short and simple. Headings are guidelines to your page's structure and should inform the reader rather than confuse. To keep it short, avoid unnecessary words or redundancy in headings, i.e. avoid a, an, and the, pronouns, repeating the article title, and so on. Also, try to avoid giving identical titles to different sections. 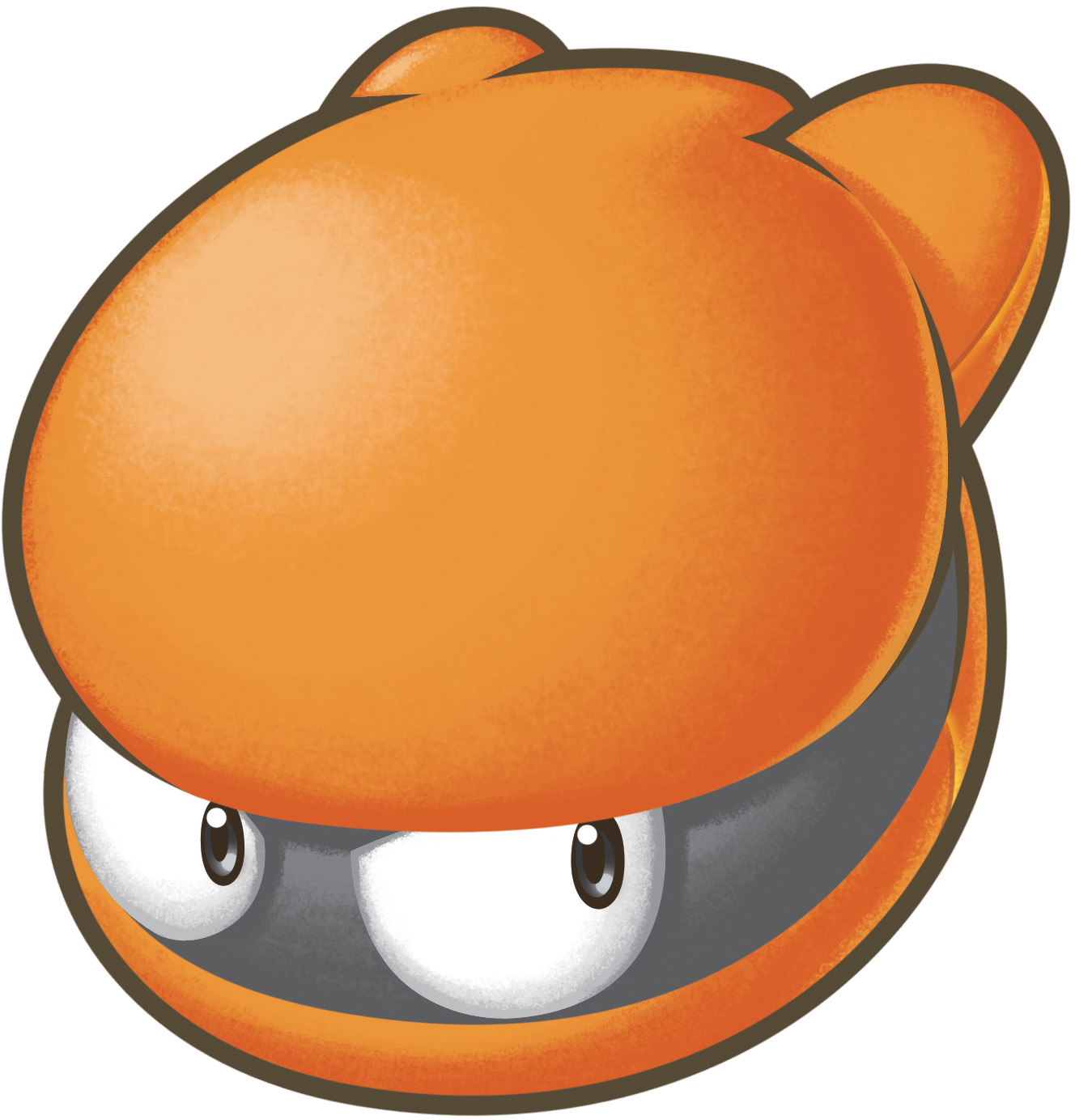 Images make an article memorable and pretty. They can speak where words fail. At the same time, misplaced or untidy images can detract from an article. When choosing images, keep in mind placement, size, and the appropriateness of the image to the section. Let images flow with the text instead of break it up.

Large images should use the "thumb" (example:[[Image:Starfy5.png|thumb]]) option which displays large images as thumbnails. The pipe |(x)px can be added before or after |thumb to scale an image down to a given number of pixels where x is an integer. Images should generally be right aligned to enhance readability by allowing a smooth flow of text down the left margin - the "thumb" option does this by default. If an infobox is not being used in an article, a right aligned picture in the lead section is encouraged.

When an article has many images, or can be improved by having more, and having inline images be detract from the readability of an articles, the use of a <gallery> section is encouraged.

Tables should use a "class" design when possible, and should include as little 'fancy' formatting as possible. Tables can also be made sortable by adding a "sortable" class.

For long tables, it is recommended to create an "alt" class to alternate row colors to enhance readability. The below examples use "toccolours" as a class, but this is only for the purposes of demonstration, and isn't generally recommended.

Without row headings, with alt rows

Navigation boxes should be used when needed, like {{TLS5Navbox}}. Generally they should be placed at the end of an article, above the categories.

Categories should be added to the end of an article - a full list can be found on Special:Categories. They take the form [[Category:Categoryname]].

This article is about the character. For the stage which is set inside of The Whale in [[Densetsu no Starfy]], see [[Stranded Whale]].

The template {{for}} can also be used for this purpose.

Format a long quote (over four lines) as an italicized block quotation, which will be indented from both margins. Do not enclose the block quote in quotation marks. To format a block quotation, do not use the wiki indentation mark ":" — instead, use the HTML <blockquote> element.

Grammar is a writer's toolbox. You can't build good sentences without knowing how to use your tools. Since a wiki article must be as clear as possible for all the people reading it, editors must keep close to correct grammar standards to ensure clear communication.

Titles such as lord or king start with a capital letter when used as a title (followed by a name): "King Ping", not "king Ping". When used generically, they should be in lower case. The correct formal name of an office is treated as a proper noun. Hence: "Starfy is the Prince of Pufftop."

Italics are used for the titles of games and other media.

We now come to the meat of an article: the words themselves. When you're editing wikis, you're both academic and artist. You have to be accurate, but you also have to be interesting. Neither one can dominate; you have to skillfully balance both.

Keep your writing concise. Don't use two words where one will do. Keeping your writing simple will make it easy to understand and easy to expand on. Use complete sentences whenever possible. When you write, use grammar as a toolbox: know the rules, but only break them on purpose.

Check your spelling and grammar. Do not use 'u' in place of 'you' or '2' in place of 'to'. Write the way you would for a class paper or a newspaper article.

Keep all of the topics you cover within the scope of the article. What that means is, you don't need to give a detailed history of humans on the page about Winston Churchill. Consider the article's title as your point of origin and write from that perspective. Make use of the wiki's ability to link to more detailed articles or external sources for more information.

Write from an impersonal perspective.' Do not use "I." For example, do not write, "[[Trappa]] is an enemy in the [[Densetsu no Starfy (series)|Densetsu no Starfy series]], As far as I know." Avoid drawing attention to the author (yourself) as much as possible.

Be bold. If you know something is wrong, correct it. If you think you could word something better, write it. If an article has a glaring deficiency, fill it. Even if your first attempt isn't golden, you can fix it later or someone else will come along and fix it for you. Don't be afraid to screw up.

Every article can be improved (even this one). Following these guidelines will not ensure a perfect article the first time, but it will give the article a stronger skeleton. It's ultimately your job as an editor to put meat on it.