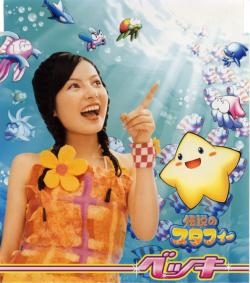 The front cover of the CD case

Along with merchandise such as the Nintendo Official Guidebook, the Densetsu no Starfy Trumps, stationary, stickers and the Big Starfy stuffed toy, it was sold as a tie-in to promote Nintendo/TOSE's Game Boy Advance game Densetsu no Starfy. The CD was also advertised through a music video on the Japanese television program Oha Suta: The Super Kids Station, in which Becky made a guest appearance on the show.

The CD contains Becky's rendition of the series Title Song (listed as "Densetsu no Starfy") as it appeared in at least two Japanese commercials of Densetsu no Starfy. The CD also contains a karaoke version of the same song, without the vocals. Also included on the CD is Becky's song Boyfriend's Rookie. The album was arranged by Kazunori Miyake and Kotaro Kubota. 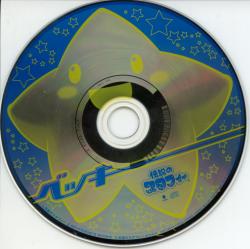 The front of the CD

Sample of first 30 seconds of the tracks: