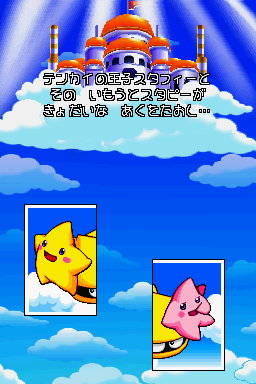 The Opening Demo in Densetsu no Starfy 4

The Openings (Japanese: オープニン), also known as Opening Demos (Japanese: オープニングデモ) are cutscenes in the The Legendary Starfy series that introduce the game's story. In the first four games, they are shown as soon as the game starts while in The Legendary Starfy, the Opening (known as The Adventure Begins) is shown when starting a new file and can be revisited from the Story menu.